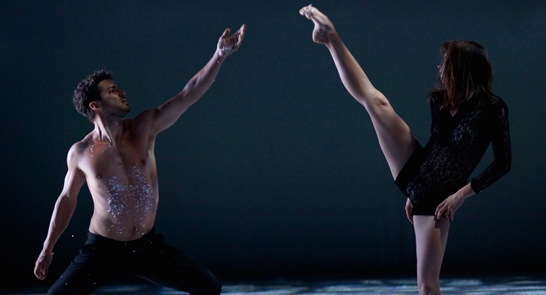 Rigorously trained from an early age by a perfectionist instructor, Polina is a promising classical ballet dancer whose hard work pays off when she is awarded a place with the prestigious Bolshoi Ballet. But her creativity often clashes with the rigours of discipline and when she discovers contemporary dance everything is thrown into question on a profound level. Diverting from her plan, she leaves all her exacting preparation behind and moves to France to work with famous choreographer Liria Elsaj. But once there she is quickly forced to grapple with the realisation that determination and hard work don’t always lead to success.

Join Studio 74 in some festive merriment and enjoy an Award Winning Short film before this screening.

Winner of this years Two Short Night 48 Hour Film Challenge where teams are asked to write, shoot and create a short film in just two days. When a cherished family toy starts to be forgotten, will it be remembered in time?