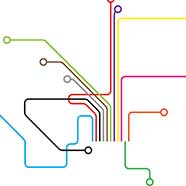 Building Materials is an installed composition generated in real time by the sounds and events within Exeter Phoenix. Harvested from a variety of sensors throughout the building, audio and event data will come together to create a constantly evolving musical composition. Reflecting the sounds to be found around Exeter Phoenix, its rhythms of use and the actions of its visitors. Crucially, rather than simply represent noises from the life of the building, he will be using bespoke computer interfaces and softwareto transform them. The completed work will stand as a composition in and of itself, in constant flux, its relationship to site and audience at once highly bound and aesthetically independent.

The exhibition will also include experimental film works in which Lloyd has worked both solo and in collaboration with director Toby Cornish in which, using various strategies, the relationships between image, sound and artistic collaboration are stretched.