Our House x Hold It Down: Part I 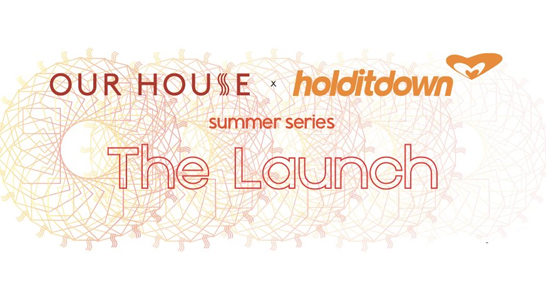 Our House x Hold It Down: Part I

Our House and Hold It Down present

Our House and Hold It Down have teamed up to bring you an exciting Summer Series.

Friday 27th June marks the first out of numerous dates throughout the summer, hosted by two of Exeters biggest electronic music nights.

Our House and Hold It Down have both developed a reputation for bringing some of the biggest acts to Exeter this year. From the huge production of Hannah Wants at Exeter Phoenix from Hold It Down, to chart topper Second City, who played an electric set at The Cavern. The quality of bookings has meant both nights have held their own in a city with a growing dance music scene.

Off the back of their involvement with the unprecedented success that was Hijacked Festival, Our House and Hold It Down have combined forces yet again to provide you with an alternative to Exeters nightlife this summer with an exciting series of events.

The Summer Series aims to bring some of Exeters best-recognised DJs across two venues. Keep your eyes on our events for special headliners for our August dates.

The first of the summer series will see Our House and Hold It Down DJs take over The Terrace and the Secret Garden at Exeter Phoenix.

The Line Up and Set Times

Our House takeover The Terrace

Hold It Down takeover The Secret Garden