On The Road Comedy Club 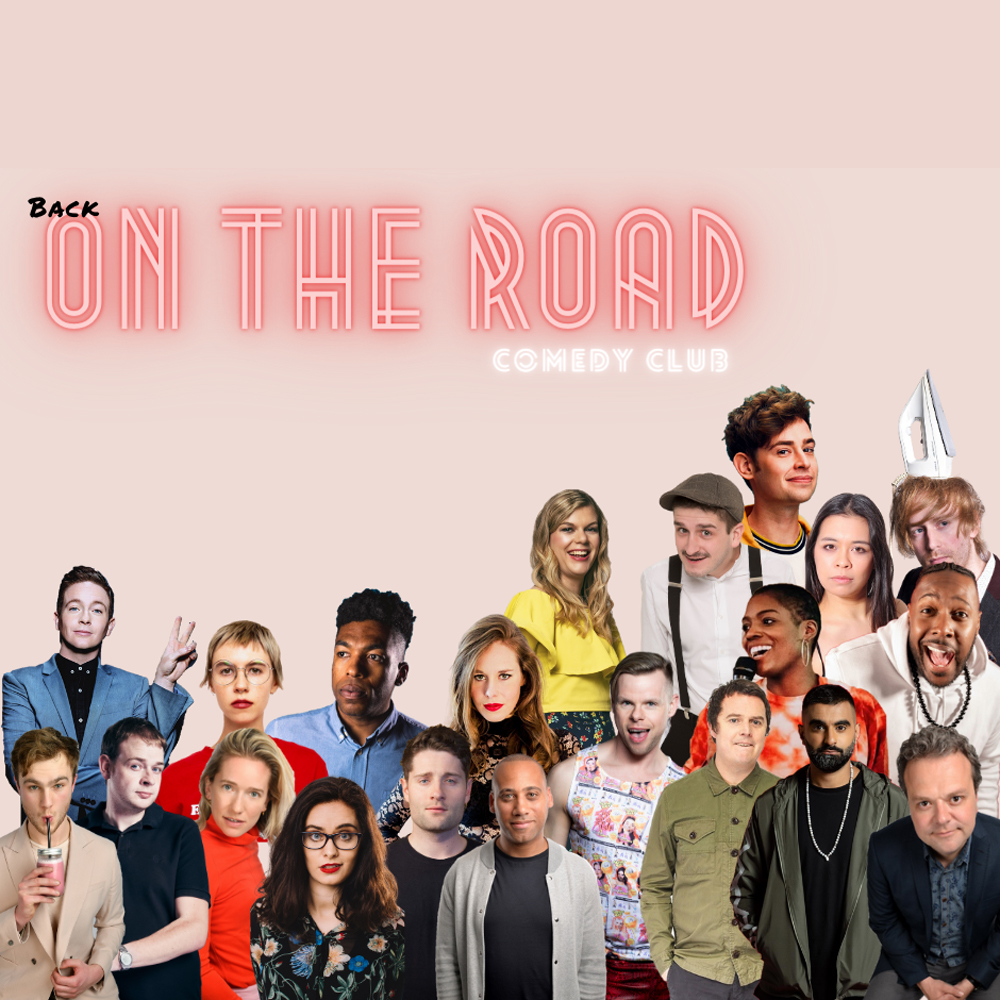 On The Road Comedy Club

Stand-up is back! Join the On The Road Comedy Club for a night of live stand-up from Aaron Twitchen, Matt Rees, Eryn Tett and Mark Simmons.

Aaron has been making a name for himself in recent years. He is a stand-up comedian, actor and fantastically he is also a trained circus performer! Aaron has featured on BBC Presents at the Edinburgh Festivals and recently featured in BBC Radio 4’s Summer Comedy Festival alongside Darren Harriott. He is also a regular on the circuit working for various independent promoters such as Hilary Bites, Eminent Banter, Ten Feet Tall, Funhouse, House of Stand Up, FAF, Hilarious, Can Comedy, Glee and Manfords.

‘Seriously talented. Hilarious, warm, energetic… the kind of new act that should have talent scouts excited and other comedians feeling nervous.’
THE SKINNY

Multi-award-winning Welsh comedian, Matt Rees, has generated a huge buzz on the circuit over the past few years with his unique brand of well-crafted gags and acerbic delivery earning him high praise from audiences and critics alike.

The deadpan stand-up is a sober drunk and a couple of years ago he had to take a break from comedy to deal with his personal matters, but now he’s back and taking the comedy scene by storm once more. As well as starring in BBC3’s This Country and BBC’s Edinburgh Fringe Highlights, Matt has also recently recorded an episode of BBC2’s Stand Up at BBC Wales, Amazon’s Audible Presents and Stand Up For BBC Radio Wales.

Matt also made his hotly anticipated debut solo show at the Edinburgh Fringe in 2018 at The Pleasance with Happy Hour, a humorous approach to his alcoholism and his everyday life.

The rising star has won a whole host of awards including Leicester Mercury Comedian of the Year, Leicester Square Comedian of The Year, Welsh Unsigned Act of The Year and Loaded LAFTAs, as well as being nominated for Chortle Best Newcomer.

Born and raised in Singapore, Eryn moved to the UK at 18 to pursue comedy. Since then she have lived and performed in New York, New Zealand and in the summer of 2018 she finally settled down on the London scene. Over the last two years she has developed her own webseries/comedy night (UBGEComedy), made it to the finals of the Laughing Horse New Act of the Year, 2NorthDown New Act of the Year (runner up) and the Funny Women Stage Award competitions, as well as winning Cherry Comedy Break out Act of the Year 2020.

Described as “fast moving…and absurd” (Diva Magazine), Eryn’s stand up is made up of word play, short jokes, odd observations and surreal storytelling set to a charmingly uncomfortable rhythm. An alternative comedian who’s “weird but with at least one toe still in observational reality” (Chortle), she is developing her solo show titled ‘Eryn Tett Finds Her Audience’. Now living in Manchester during a pandemic, she is writing her first sitcom and continuing to produce her own series of sketches and comedy videos, which have earned her a place on the long-list and short list of the Funny Women Comedy Writing and Comedy Shorts Competitions 2020.

‘Unique in all the best ways…so fun to watch. She’s going to be massive’
ADAM HESS

‘Master of one-liners’ and DAVE’s Top Ten Jokes of The Edinburgh Fringe 2019, Mark Simmon recently joined Dara O’Brian and Hugh Dennis on BBC2’s Mock The Week as a semi-regular on the show. Mark has also appeared in other TV shows such as ITV’s Out There, BBC Radio 4Extra Stands Up, a Channel 4 pilot starring alongside Bridget Christie, as well as BBC3’s One For The Road.

Mark is also known for his hosting skills, where he recorded, News-ish and Film-ish on Fubar Radio alongside co-host, Seann Walsh. And now is enjoying further success with his solo podcast, Jokes With Mark Simmons, where he invites a fellow comic, such as Gary Delany and Milton Jones to discuss jokes that they’ve written but simply just haven’t worked!

★★★★ ‘A talented comic with an artisan’s grasp of joke writing.’
CHORTLE