Noriben: The Recipe For Fortune (12A) 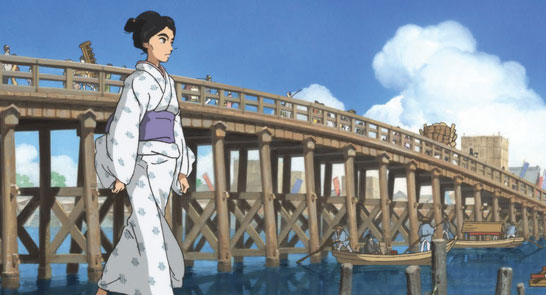 Noriben: The Recipe For Fortune (12A)

An inspiring collection of contemporary Japanese cinema in partnership with The Japan Foundation.

See work from Japanese filmmakers who have captured the highs and lows of life – stories of people persevering, reconciling or overcoming the environment they live in.

Noriben: The Recipe For Fortune

A heartfelt human drama about a womans journey to independence that is guaranteed to whet your appetite. Featuring home cuisine created by food stylist Nami Iijima whose simple but appetising creations have also appeared in films such as Kamome Diner and Chef of the South Pole.

Komaki is a 31-year-old woman who decides to leave her husband, an aspiring but jobless writer. Moving back to her hometown, a small working-class district in Tokyo with her young daughter Non-chan. After the noriben lunch box – a bento featuring toasted nori (seaweed) on rice – that she packed for Non-chan becomes a huge hit at school, Komaki decides to try and make ends meet by opening her own bento shop and offering inexpensive but undoubtedly delicious food.

Ticketholders will be put into a prizedraw to win a goody bag of Japanese lunching treats from London Japanese boutique the Japan Centre, sponsors of the Japan Foundation Touring Film Programme 2016. The goody bag includes a bento box and chop sticks among other cute Japanese bento products.

Enjoy a specially prepared Japanese meal and film for just £13.

Read programme notes from The Japan Foundation about this film here >>