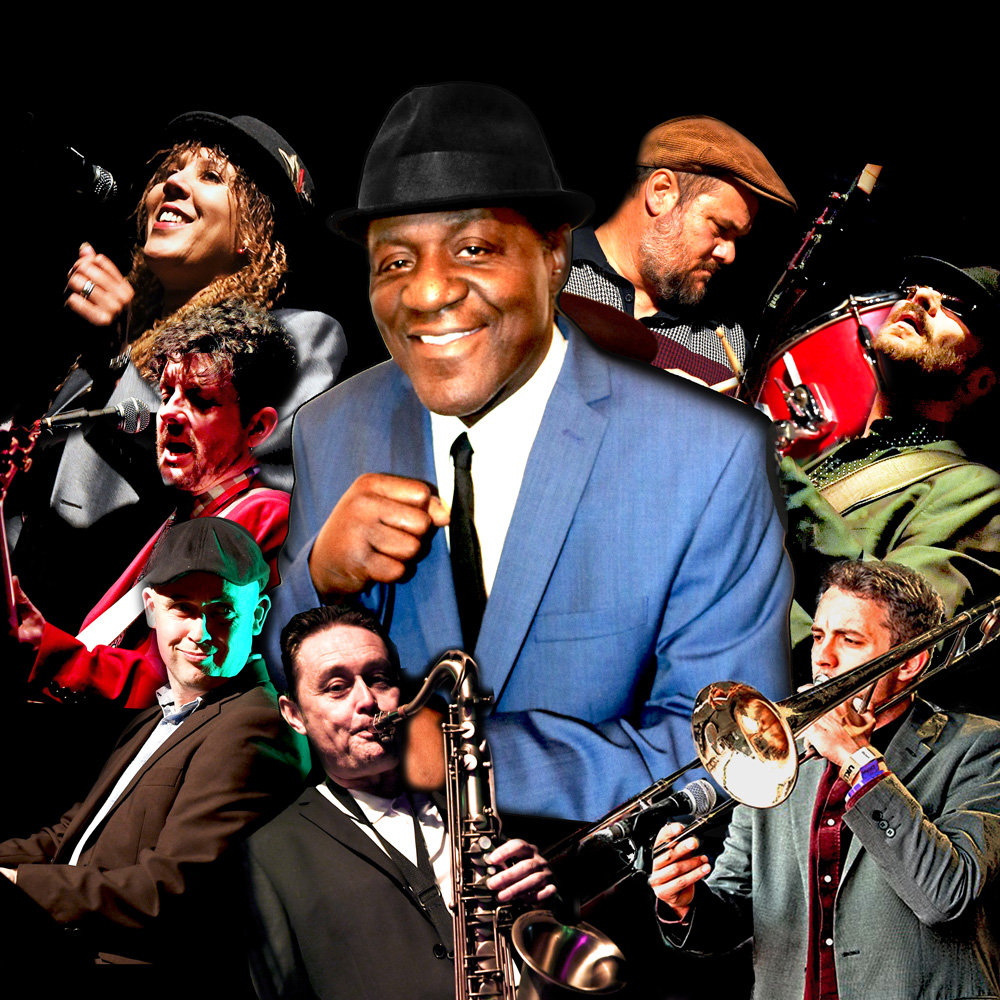 Midnight Mango are putting on a series of gigs at Bath Komedia which will be screened live at partner venues across the country. Join us in Exeter Phoenix’s auditorium for a special, live-streamed gig from the Special’s legendary front man Neville Staple and roots reggae legends Talisman. Entry is free, so book your seats now! An at-table service for food and drinks will be available at the event. We welcome groups of up to 6 people for this event. Please book for all members of your group in the same booking to ensure you will be seated together.

Neville Staple, Legendary front man of The Specials, Fun Boy Three and Special Beat, also known as The Original Rude Boy, is credited with changing the face of pop music not only once but twice. His celebrates a super 40-year career in the music business which is well documented and started out from the early days with Ray King, Pete Waterman, The Coventry Automatics and his Jah Baddis Sound System, before taking to the stage with The Specials during the famous ‘Clash’ tour.

Neville’s 2-Tone legacy is huge. 2-Tone fused traditional ska music with punk rock attitude, energy and musical elements. The movement helped to transcend and defuse racial tensions in Thatcher-era Britain. The actual black and white chequered imagery of 2 Tone has become almost as famous as the music itself.

Neville Staple continues to write and produce music and along with his wife and manager, Christine Sugary Staple, he works with schools, charities, university and youth groups providing talks, performance tips, music lesson guest-tuition and fund-raising activities. In his hometown of Coventry (where 2Tone music was born), he is celebrated as a Living Legend. He worked with the Lord Mayor to support Coventry in winning the ‘City of Culture 2021’ bid and was recently presented with a ‘Lifetime Achievement Award,’ during a special performance with the children of Foxford School. Now as patrons of the historic Albany Theatre, Neville and his wife continue to work with inner-city children on various creative projects. Neville’s work and performances are regularly screened on mainstream TV.

Talisman were one of the UK’s top Roots Reggae bands in the later 70s and early 80s. The band’s prowess earned them support slots with acts as diverse as Burning Spear, The Clash and The Rolling Stones. They reformed in 2011 with two of the original line up, after 30 years apart; to support the re-release of their classic roots single ‘Dole Age’ on the brand new compilation album ‘Dole Age – The 1981 Reggae Collection’. One of Bristol’s and the UK’s finest live acts were back and ready to party once again.

Originally formed in 1977 Talisman were consummate performers constantly vying for the title of one of the country’s most popular live reggae bands. They toured the UK building up a loyal following and leaving memories of gigs that are still discussed to this day.

Until 2011 the only way to hear Talisman had been to track down their two difficult to find singles from 1981, or their two later LPs, “Takin’ The Strain” from 1984 and “Jam Rock” from 1990. Now after nearly thirty years Bristol Archive Records lovingly compiled the compilation album of the band at their peak in 1981. Not only does the record contain the band’s two original 7” singles, but also eight carefully selected live cuts from classic shows at Glastonbury Festival’s main stage and other infamous shows.

The band have now gone to record three new albums ‘I-Surrection’ in 2013, ‘I-Surrection (Oldwah Deconstruction)’ in 2014 and the latest ‘Don’t Play with Fyah’ in 2017 – mixed by the Reggae heavyweight producer Dennis Bovell.

Talisman have gone on to play Reggae Festivals in Poland, Italy and Belgium and virtually all the UK festivals including Glastonbury, One Love, Beautiful Days to name but a few.

This programme is a collaboration between the Bath Komedia, gig and festival promoters Fuelled By Cider and booking agency Midnight Mango Ltd, supported by a National Lottery Funded grant from Arts Council England.