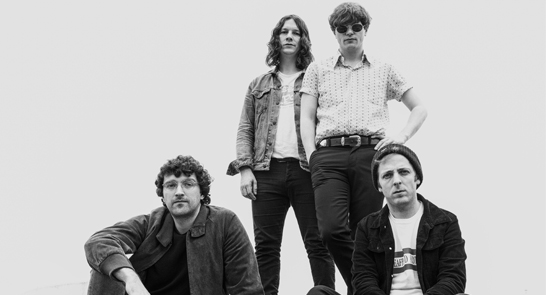 Lauded by the NME as ‘Scotlands coolest new gang’ and The Times ‘A band to get excited about’, their debut album Strange Hymns was critically acclaimed on release – ‘Melodic Beauty  heading ever upwards’ **** Record Collector, ‘Grandiose gorgeousness’ DIY, ‘Majestic’ Gigslutz – and the band have enjoyed consistent support from 6 Music and Radio X.

Neon Waltz tour relentlessly building on their loyal live following and played their biggest headline tour to date this March. In 2018 they supported The Sherlocks, had a headline tour in the Spring, as well as selling out the iconic King Tuts in Glasgow in May. This was followed by prestigious support festival dates with Noel Gallaghers High Flying Birds, while also appearing at festivals through the summer, and closing the year with a tour with DMAS.

‘We’re really looking forward to touring the UK in December. We’ve locked ourselves away these last few months, mainly writing and recording for some big releases towards the end of the year and into the next. The ultimate reward is now finally getting out and playing them live. It always makes the hard times seem worth it. We can’t wait to meet up with everyone who’s joined us on the journey so far, and meeting all the new fans for the first time.’