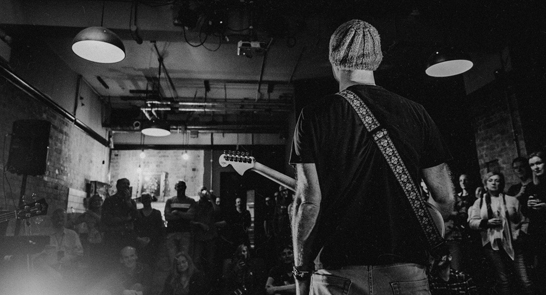 The Matt Palmer Band is an alternative rock group based in South West England. While they draw on a range of influences, they perhaps most strongly evoke the spirit of grunge rock, inviting comparisons to Pearl Jam, Smashing Pumpkins and Radiohead. Their debut record ‘A Rising Tide‘ was released on 10th October 2019 and is billed as ‘a collection of songs inspired by the human condition, the mechanics of the natural world, and the intersection of the two‘, tackling subjects including sealevel rise and political propaganda.

The group return to the Phoenix for the first time since their SOLD OUT album release show last October, having headlined the emerging talent showcase earlier that year. This is another chance to catch them in a wonderful intimate setting where you can really feel part of the music.

‘fantastic  you will not be disappointed’
FVMUSIC BLOG

‘a unique tone and energy’
LISTEN WITH MONGER