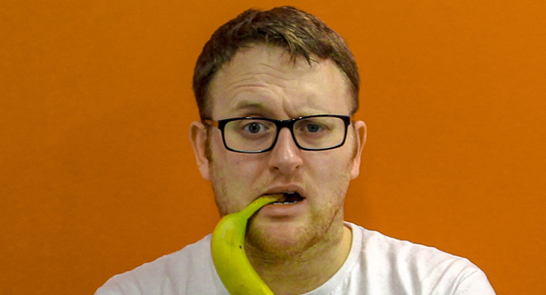 PART OF COME AS YOU ARE FESTIVAL

With social media, sport, cinema and celebrity common aspects of modern western life, how is the male portrayed and featured? In adverts, film and television as well as through an individuals carefully curated and filtered Instagram page of inspirational holiday snaps and mirror selfies, who seem so close, so real, and so, so normal.

What affect does this have on the viewer? How do men perceive their own physical bodies and gender when they put it to comparison. How has this been shaped by the portrayal of the male in popular culture? Appearances, behaviours and forms that have been carefully selected, trained and edited for our viewing. And what happens with all the pieces that dont fit?

One man. Thats not all there is, but its all there is today. One man stands, talks and at some point moves somewhat rhythmically to music, to find his way through this media jungle to try and find his place. That man is James. James doesnt know, James isnt sure what side hes on, James is doing this; a comedy with a man, some words, questionable dancing and a lip-sync

COME AS YOU ARE FESTIVAL

Get ready to celebrate and interrogate issues regarding gender and identity, from cis to trans and binary to beyond as Come As You Are Festival returns for a celebration of trans, non-binary, gender queer and LGBT theatre. Presented in association with Camden Peoples Theatre.