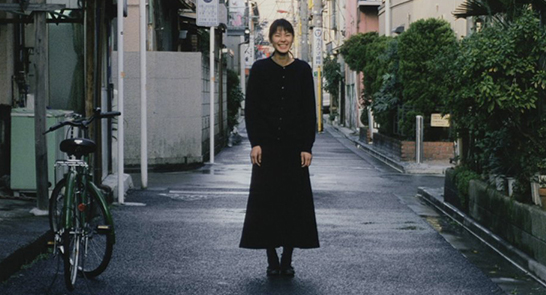 Unavailable in the UK for decades, Hirokazu Kore-Edas debut returns to cinemas. A visually stunning and moving drama, Maborosi tells the story of Yumiko, a widow trying to process her husband’s suicide.

Yumiko (Makiko Esumi) becomes troubled by the notion that she brings death to people close to her. She still dreams of her grandmother who she lost when she was 12. Now married with a young son, she and her husband Ikuo (Tadanobu Asano) appear to be happy together, but Yumikos life is abruptly changed by her husbands sudden death  and was it an accident or suicide? Trying to cope with her loss, eventually Yumiko remarries and perhaps can find happiness again with Tamio (Taskashi Naito), but on a return to her old home, a flood of troubling memories begin to haunt her.

Kore-eda is considered one of Japans foremost contemporary filmmakers. His first fiction feature is an exquisite meditation on loss and loneliness, and announced a vital presence in Japanese cinema.