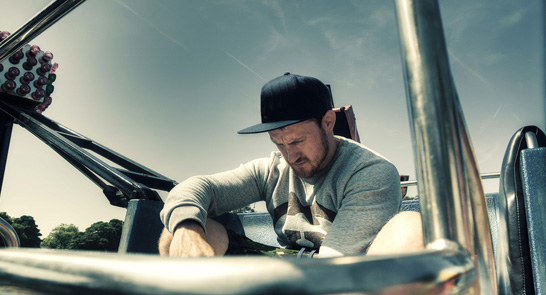 Low Steppas tenure in the scene has been short but due to his forward thinking and intelligent production work, his popularity has risen rapidly.

His Soundcloud page is becoming an essential download destination for house fans, due in part to his bootleg of Route 94 – My Love. A track that received such hype that Route 94 replaced his own version within club sets, and also gave it away for free across his social media channels, as did Rinse Fm.

Other notable productions include Styling a collaboration with Sonny Fodera via Cajual Recordings which smashed the Beatport charts and peaked at the top ten, and also his remix of Without You by Dillon Francis & Teed, which along with a number of his other productions, has received huge support from Radio 1s B Traits as well as Gorgon City, Huxley, Shadow Child, Kry Wolf and many other leading names.

Forthcoming releases on OFF Recordings and Spinnin Deep are set to copy the success.

Aside from solo projects, Low Steppas label imprint Simma Black Records is going from strength to strength, with releases becoming a staple in many a DJs set.