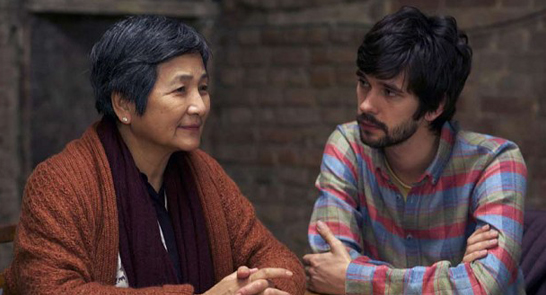 Ben Whishaw (Skyfall) a soulful and moving drama about loss and the limitations of language. Set in contemporary London, it depicts Chinese-Cambodian Junn whos mourning the untimely death of her son Kai. She has lived in London for over 20 years but has not assimilated; she doesnt speak English and is completely isolated by Kais death. Kai never came out to her but after his death, his former boyfriend Richard (Whishaw) gets in touch. Struggling to communicate without a shared language, Richard brings along an interpreter, Vann and gradually he and Junn begin to talk, and to mourn the man they both adored together.