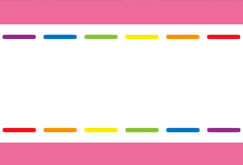 The City of Exeter is an official hub for The National Festival of LGBT History, presented by Schools OUT UK.

2017 is an important year for the LGBTQ+ community, marking the 50th anniversary of the Sexual Offences Act 1967, which started the decriminalisation of homosexuality in the UK.

Throughout the month of February events across Exeter will explore the unique and diverse LGBT histories of the South West of England and beyond.

A day of talks on LGBT History

Exeter Phoenix are pleased to host the main Festival event, a one-day packed programme of fascinating talks from academics, historians, campaigners, authors, curators and many more. They will be speaking on many aspects of local, national and international LGBT history, including:

We are also delighted to welcome two keynote speakers:

Sue Sanders, Chair and Co-founder of SCHOOLS OUT, will present a special talk on the history of this important organisation and its fight for LGBT equality and diversity in education.

Award-winning author and biographer Diana Souhami will talk about her work on womens and lesbian history, focusing specifically on the British painter, Gluck.