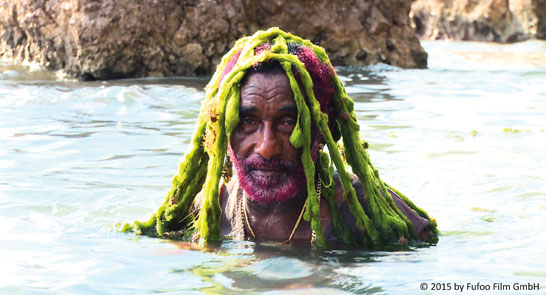 A thrilling, poetic narration with the legendary Lee Scratch Perry, this movie is a unique project in many ways: its not a biography but rather a fairytale documentary.

The director followed Lee Perry for 15 years and discovered a story that is almost impossible to believe: a revelation, told about and with one of the major protagonists of contemporary music. It is a mind-blowing encounter with The Prophet of the international Rastafari movement, one of the icons of the Black Power movement and the inventor of reggae and dub and it is also a humorous adventure of epic dimensions. The movie can be seen as a guide for how to change the world with music  with a positive attitude, mindset or, as Lee Perry calls it: vibration.

‘Rejoice, a new Lee Perry documentary is headed for our screens ????’
MOJO MAG