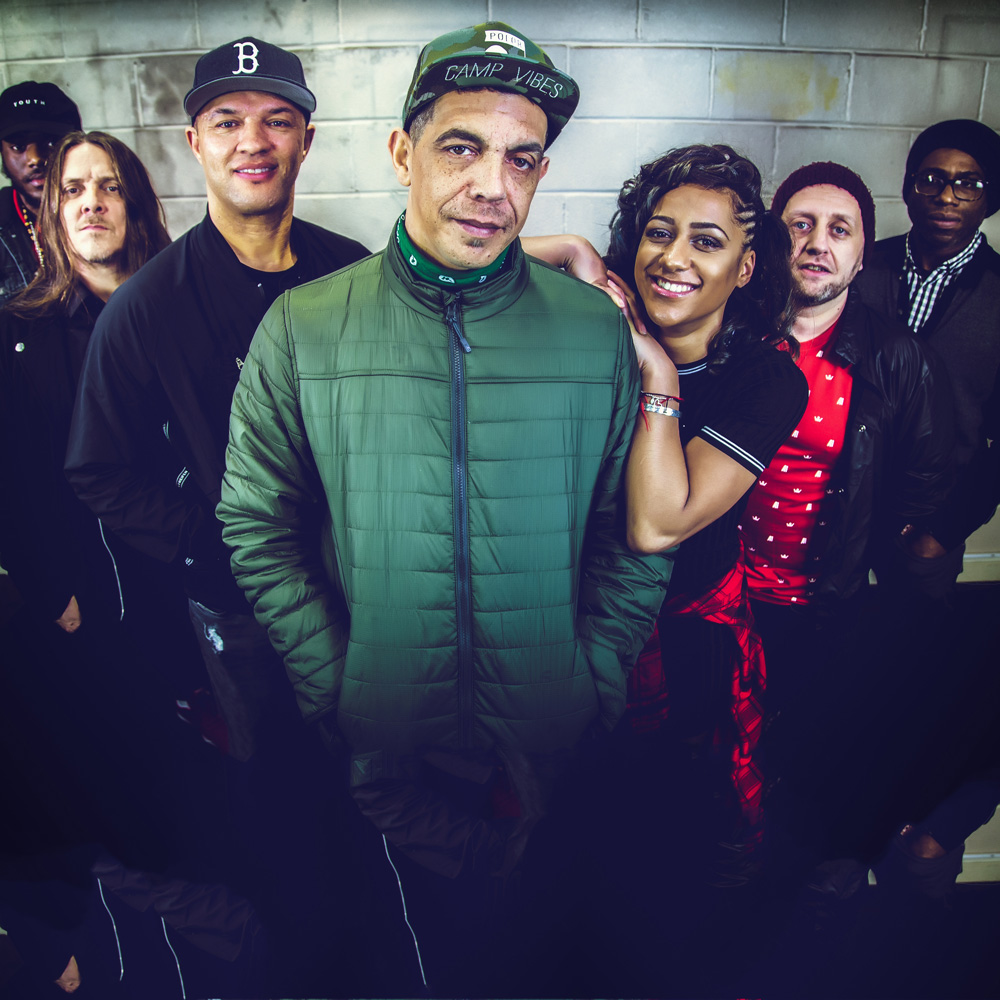 Midnight Mango are putting on a series of gigs at Bath Komedia which will be screened live at partner venues across the country. Join us in Exeter Phoenix’s auditorium for a special, live-streamed gig from Laid Blak + Mr Tea & The Minions. Entry is free, so book your seats now! An at-table service for food and drinks will be available at the event. We welcome groups of up to 6 people for this event. Please book for all members of your group in the same booking to ensure you will be seated together.

Laid Blak represent the quintessential Bristol music story, formed from the partnership of Bristol producer DJ Bunjy and MC Joe Peng, two legends of the rave and proto Jungle scenes, the pair spent the 90’s causing havoc on dance floors in the biggest raves around the country, performing for the era defining party brands and popping up on all the essential tape packs.

Building on their successful rave wrecking partnership, the pair began to look for a new musical direction and like many of Bristol’s most loved musical exports, they drew inspiration from the melting pot that is Bristol music, which of course has Reggae and Soundsystem culture at its core. What began as a studio project, found them seeking out some of the most impressive musicians the city has to offer and Laid Blak was formed. On their journey to becoming one of Bristol’s most exciting and loved live bands, the duo brought in an array of talented musicians to complement and augment their ideas. Including Lupo on bass, Stacy on drums,Scotty on the guitar, Ras on keys and Tita on supporting vocals

The Laid Blak sound takes massive inspiration from ska and reggae, but has often been described as ‘street soul’. The influences are broad and represent sounds that define the eclecticness of Bristol music, from reggae, to dancehall, soul, hip hop, funk and jazz, whilst of course never forgetting their jungle heritage. It’s all in the blend and the results is a fun filled sunshine dance music that keeps your feet moving and your face smiling.

United by a love of tea, energetic dancing, cheeky riffs, silly hats, and cake, Mr Tea and the Minions have been unleashing their colourful explosion of musical mayhem on unsuspecting audiences since 2013.

Their raucous Ska Folk blended with full-fat Balkan beats and a squeeze of tangy Dub has made them party-starting festival favourites – and has inspired frenzied dancing all over the UK (and on a number of forays into continental Europe), with almost 100 festival appearances including Glastonbury, Boomtown, WOMAD, Secret Garden Party, Shambala, Belladrum, Wilderness, Nozstock, and Goulash Disko, to name just a few.

This programme is a collaboration between the Bath Komedia, gig and festival promoters Fuelled By Cider and booking agency Midnight Mango Ltd, supported by a National Lottery Funded grant from Arts Council England.