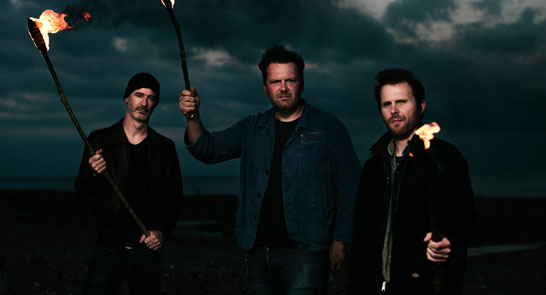 A whaler’s life from the era of Moby Dick brought to life through music, narration and film.

Kings of the South Seas

Chasing the Whale brings six distinctive and hugely talented artists together for a journey into the bawdy and thrilling world of the early whalers. Folk / Indie / Jazz trio Kings of the South Seas are joined by acclaimed New England traditional singer/musician Tim Eriksen. On stage they perform original music that merges folk, jazz, music hall and rock, woven together by award-winning author Philip Hoares captivating tales and Adam Clitheroes film portraying the powerful imagery of these voyages.

Going back through millennia, man’s quest to hunt the largest mammal on earth witnessed men traversing the globe. Enduring the dangers and hardships of sailings that lasted several years, these crews discovered mysterious new lands and people, founding an industry that connected Britain with the South Pacific and America.

Such experiences found an outlet in songs, log book doodles and terrifying engravings of their life endangering battles with these vast, beautiful creatures.

Through words, song and film The Kings of the South Seas – together with special guests – invite you to board their ship as it sets sail on a voyage into these extraordinary times.
Dark, driven and turbulent
THE INDEPENDENT