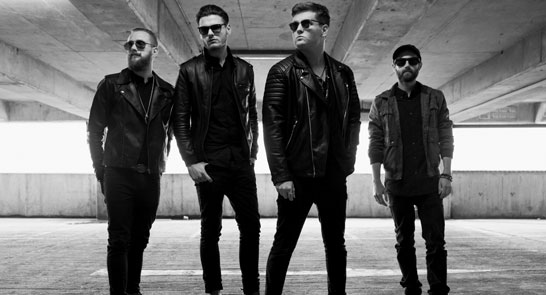 Having scored three radio hit singles on Planet Rock with the songs Crazy, Hurricane, and most recently, Rush Hour, King King received a nomination for Best New Band at the 2015 Classic Rock Awards. King King followed up with an UK arena tour supporting Thunder that highlighted at a packed concert at Londons Wembley Arena, and in the process, won them over a raft of new fans.

The bands 2015 album, Reaching For The Light, was voted #1 album by Blues Rock Review.  In 2014, King King won a total of five 2014 British Blues Awards, including Best Album and Best Band. The nods came from BBC Radio 2 presenter Paul Jones to Classic Rocks The Blues magazine. Their support slot on John Mayalls 2014 UK tour pushed the band to another level.

In 2014, King Kings second album Standing in the Shadows, firmly established them as the leading exponents of the British Blues scene.  They still retain that accolade today.

The band consists of Alan Nimmo (vocals, guitar), Lindsay Coulson (bass), Wayne Proctor (drums) and Bob Fridzema (keyboards). Today, King King are, without a shadow of a doubt, the UKs hottest blues rock band. They are going from strength to strength.

Bristles with intent and delivers with brio
GET READY TO ROCK