Under 14s must be accompanied by an adult 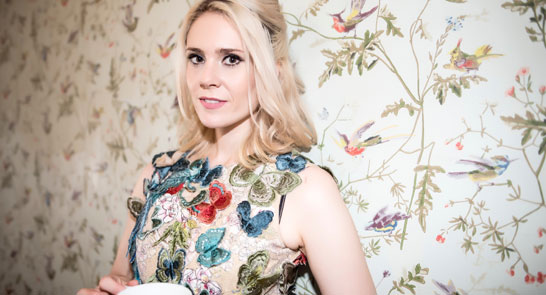 Kate Nash is a multi-instrumental recording artist from London. With a platinum selling album and a BRIT Award tucked firmly under her belt, Kate is known across both the music and fashion industries as a forthright songwriter, unabashed feminist and front row style icon.

Kate released her first single Carolines A Victim on vinyl back in 2007, before storming to chart success with her second hit, Foundations a few months later. To satiate demand, the launch date of her debut album Made of Bricks was brought forward by four weeks, skyrocketing straight to number one and crowning her Best Female Artist at the 2008 BRIT Awards.

Making her musical comeback in 2012 with Under-Estimate the Girl  a song written and recorded in 24 hours  Kate stepped away from the piano previously underpinning her songs, and took to the bass guitar. The track sparked controversy on a global scale and notoriously opened London Fashion Weeks Felder Felder show for the spring/summer 2013 season, marking a significant change in direction for Kate.

This has all built up to the highly anticipated launch of Girl Talk earlier this year, Kates third album. Produced with Grammy Award winning, Tom Biller at the infamous Paramour Mansion in LA, Kate has described the work as her best to date, an emotional purge and a mission statement for women the world over.