Joseph the Giant and the 7000 trees

Pay what you decide (Suggested up to £5) 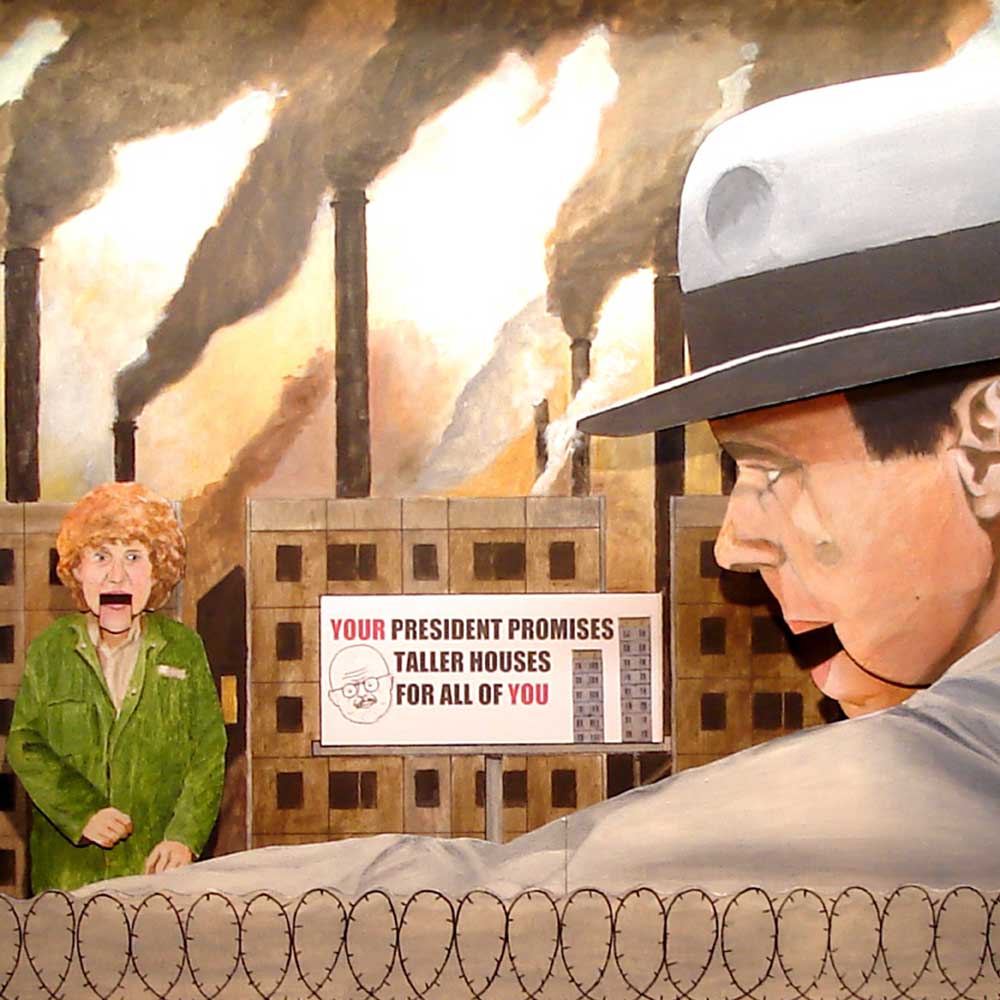 Joseph the Giant and the 7000 trees

This event has unfortunately been cancelled

2021 is the centenary year of the birth of Joseph Beuys. His art and ideas changed and expanded the way art is perceived. He considered thinking and speaking to be sculptural processes and that we all have the power to shape or sculpt these ‘invisible’ materials for our own self-development – and for the betterment of society. He called this process ‘social sculpture’. His most well known statement is: “everyone is an artist”, meaning we all have the capacity to be creative in our own ways and in our own fields.

Beuys was a committed environmentalist. His most monumental social sculpture was entitled “7000 Oaks – City Forestation instead of City administration”. Here he proposed planting 7000 oaks throughout the German city of Kassel, each paired with a basalt stone. Today these ‘Beuys’ trees’ are a protected monument much loved by the citizens of Kassel.

The play Joseph the Giant and the 7000 trees is loosely based on Beuys’ “7000 Oaks”. It is a 40 minute long satirical fairy story performed in a puppet theatre using 2D cut-out style characters and scenery which create the effect of a live action, three-dimensional strip cartoon. In the play an itinerant giant, Joseph, comes across a stone barrier between two countries. He easily steps over the wall and encounters a land of prejudice, isolationism and environmental neglect – and there’s not a tree in sight….The show is entertaining, funny and enlightening, and suitable for both adults and children alike.

During the day an exhibition/information display of posters, documents, objects and books all relating to Beuys’ life, art and ideas accompanies the show.

For those wishing to learn more about Beuys’ work, Cliff Gorman will be giving a multimedia presentation which focuses on the socio-political dimension of Beuys’ work and looking at its significance for the present and the future.

Paul Cooper, who designed the theatre and puppets and created the play, trained as a sculptor at Newcastle University. He later became a contemporary garden designer winning the Sword of Excellence for the best garden at the Chelsea Flower Show in 1992 with ‘The Greening of Industry’. Many of his gardens incorporate ‘theatre’ and make use of narrative and special effects – some of which include smoke and sound and automata.

Cliff Gorman has worked with Paul for over 30 years and has studied the art and ideas of Joseph Beuys for more than 20 of those years. During that time he has amassed a library of well over 300 books on Beuys. He has arranged and organised talks on Beuys at the University of Wales Institute (coinciding with the “Artists Rooms: Joseph Beuys” exhibition at National Museum, Cardiff), the School of Art, Oxford Brookes University, and Stroud Valleys Artspace and has co-lectured on aspects of Beuys’ work at the University of the West of England.