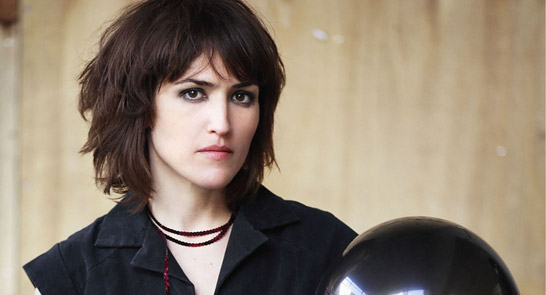 The uniquely charismatic artist known as Joan As Police Woman is a violinist, guitarist and singer-songwriter with a highly acclaimed repertoire of albums.

Joan has just recorded her fourth studio album, The Classic – an all together different album that is a departure from her traditional sound but that builds on the creative impetus and success of its 2011 predecessor The Deep Field, on which Joan strove to create music rooted in an intimate, elemental and uplifting brand of soul combined with her own unique serene, torch-singing temperament, with a more liberated feel than ever before. The result is a perfect reflection of her efforts to address – and solve – personal issues and so reject the singer-songwriters traditional melancholic disposition for an unashamed lust for life.

‘Voice and piano are to the fore, but Wasser’s orchestrations pulse and ebb like living things.’
UNCUT

‘There is something fantastically indulgent and heartening going on here.’
BBC MUSIC

Jake is from South London and has been making music pretty much his whole life. He has spent the last year writing and gigging around London with the occasional trips to Brighton, Bristol and Birmingham. His career highlights to date include a MOBO nomination in 2010, performing at the world famous Jazz Cafe and Ronnie Scotts and his first Festival appearances, including his sold out and critically acclaimed performance at The Great Escape in Brighton.