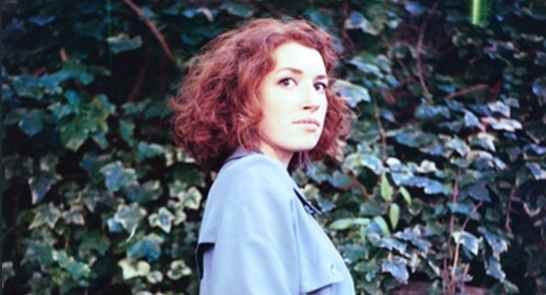 Jessica Radcliffe was originally classically trained as a pianist and clarinettist at the prestigious Wells Cathedral School, which she attended as a music specialist from the age of 11. She was first introduced to jazz through big band music, singing as a young teenager with Bristol-based big bands, and playing flute and saxophone with the National Youth Jazz Orchestra. She later began singing with the ensemble and was offered a place as a jazz vocalist at Trinity Laban Conservatoire of Music and Dance, where she graduated with First Class Honours in 2014.

Since moving to London 2010, Jessica has appeared regularly at the capital’s array of jazz clubs and venues, such as Ronnie Scott’s Bar, The Spice of Life, The 606 Club and The Vortex, as well as regional and international venues, with a wealth of well-reputed jazz musicians. Recently she performed alongside Jiggs Wigham with the Latvian Radio Big Band and, as a member of the London Vocal Project, travelled to New York to debut Jon Hendricks’ fully lyricised Miles Ahead to the man himself. She was a featured soloist alongside Michelle Hendricks, Kevin Burke-Fitzgerald and Anita Wardell.

?As a composer, Jessica is musical director of The Remembrance Project, which was featured in the London Jazz Festival 2016. The project is made up of 2 sets of Jessica’s original compositions and arrangements based on her in-depth study of the First World War. To be her debut album (due to be released 2018), the music has just been recorded at Curtis Schwartz Studios by the group with featured guest saxophonist Mark Lockheart. In order to fund the recording, Jessica applied to be a contestant on ITV’s The Chase, and beat chaser Mark The Beast Labbett.