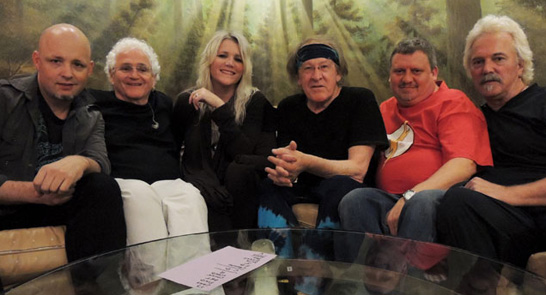 Jefferson Starship features a stellar cast of players, including songwriter/vocalist/guitarist Paul Kantner and vocalist David Freiberg, both founder members of the legendary band.
Paul Kantner was also an original member of Jefferson Airplane and David Freiberg was a founder member of Quicksilver Messenger Service. The line-up also includes Cathy Richardson who joined the band to anchor the historic role made famous by Grace Slick and multi-talented instrumentalists Donny Baldwin, Chris Smith and Jude Gold.
Expect White Rabbit, Somebody To Love, She Has Funny Cars, Plastic Fantastic Lover, Jane, Miracles and all the classic material that has spanned the decades and made the band one of the all-time greats and one of the most-influential in the history of rock.