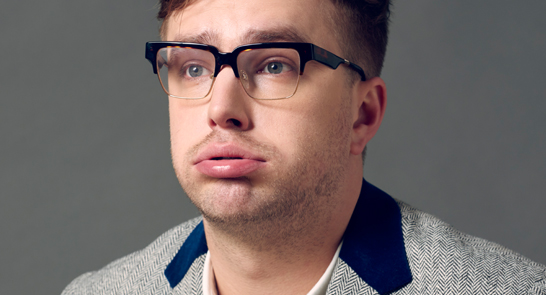 BAFTA-winning comedian Iain Stirling is back after a summer narrating smash hit Love Island (ITV2) and now you can see his actual face on his brand new tour!

Join the star of comedy (The i) as he explores dinner party etiquette, feminism and the pressures on a generation brought up in a world of instant gratification. How has modern living affected our ability to find long term happiness? Can social media ever reflect real life? And why is the floor lava?

A firm Edinburgh Fringe favourite, Iain has sold out the festival an impressive five times to date. Currently on our screens as the host of ITV2s newest hit gameshow CelebAbility, Iains intuitive razor-sharp humour has previously been seen on Virtually Famous (E4), Drunk History and Russell Howards Stand Up Central (both Comedy Central), Russell Howard’s Good News and Sweat the Small Stuff (both BBC Three) and Fake Reaction and Safe Word (both ITV2).