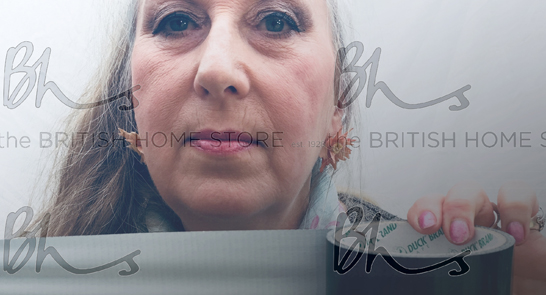 A re-imagining of the BHS pension crisis. A script-in-hand performance of a new play with music.

Its 2016. Lady Green is on £100m SuperYacht, Lionheart, Sir Green is taking questions from the select committee, and Sandra, who has worked thirty years at Croydon branch, is reeling from the loss of her pension.

The stores closing but theres no closure for Sandra, not even in the stoic lyrics of her favourite country songs. Thats until a chance encounter in the ladies fitting rooms with a member of the National Rifle Association. It seems Sandra has a lot to learn from the women of the Round Rock chapter of the Well-Armed Woman

Performed by Kirsty Cox (The Boy Who Climbed Into The Moon), Jordan Whyte (Little Mermaid) and Charlie Coldfield (Edgar And The Land Of The Lost), Hot Flushes is written by Lucy Bell (Score, Pulling Out, Are You There?) and was longlisted for the Verity Bargate Playwriting Award 2017. The performance features original songs by Charlie Coldfield and was partially inspired by the activism of Devons WASPIs (Women Against State Pension Inequality).

Come along for a watch and let us know what you think!

‘Documental Theatre is by all accounts a company to watch’
NATASHA TRIPNEY, THE STAGE

???? ‘Kept the audience thinking and chuckling throughout’
KENTISH TOWNER ON PULLING OUT