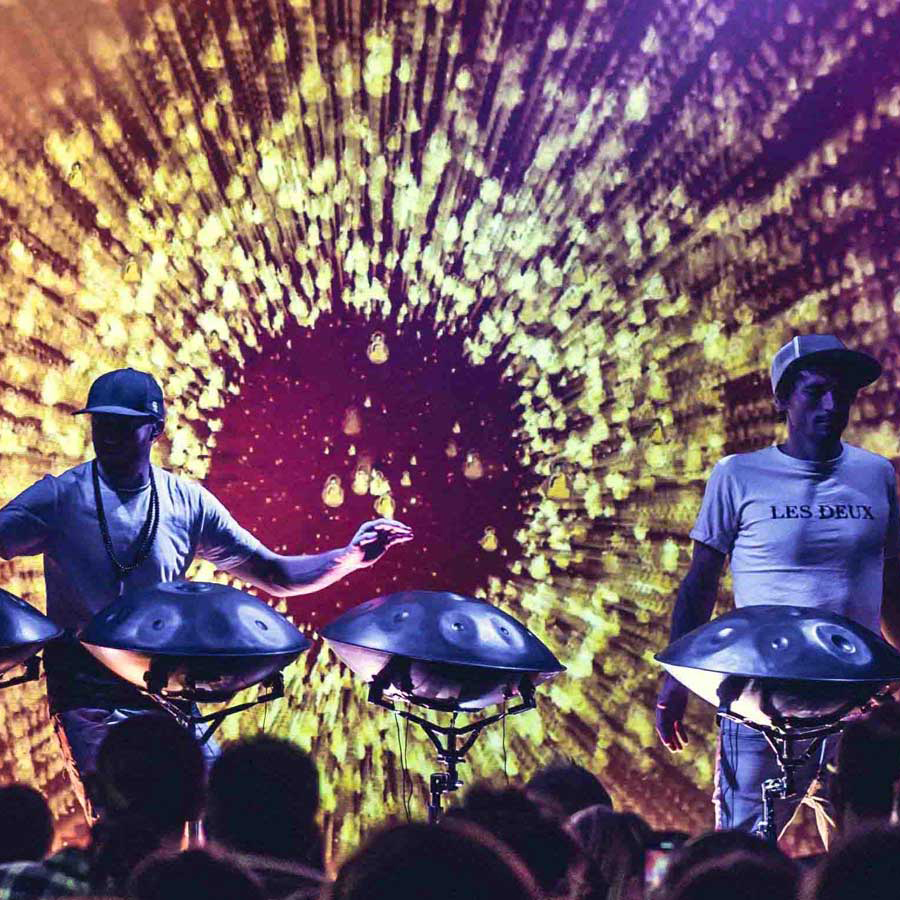 This event was originally scheduled for 5 Apr 2021 but has been rescheduled to Wed 25 May 2022 due to COVID-19. Original tickets will remain valid and the box office team will be in touch with affected ticket holders to let you know your options.

In December of 2011 Hang Massive released their first online video and music release Once Again. That video spread virally and since then has been seen more then 60 million times online and viewed in countries all around the world. That success introduced millions of people to an amazing new instrument and was the basis for a global and dedicated fan base excited to hear more offerings from this unique musical project.

The founding members of Hang Massive are Danny Cudd and Markus Offbeat. They met on the shores of Goa, India where for many years they passed the winter months enjoying the enlivening and creative vibe that flourishes there each season. From India they journeyed back to the UK where they began living and playing music together in the historic town of Bath Spa.

Clearly demonstrating influences from a range of electronic music genres, their blend of ethereal, acoustic sounds and familiar upbeat style connected with a diverse, global audience and this greatly inspired them to continue on.

Hang Massive are currently on a global tour performing a mixture of songs from the album Distant Light as well as a selection of earlier works from their live albums. With many successful live events already under their belt and with tours planned in Europe, Russia, India, Australia, New Zealand and beyond, Hang Massive are building on their already well established reputation as producers of great records and are now gaining recognition worldwide as an incredible live act!