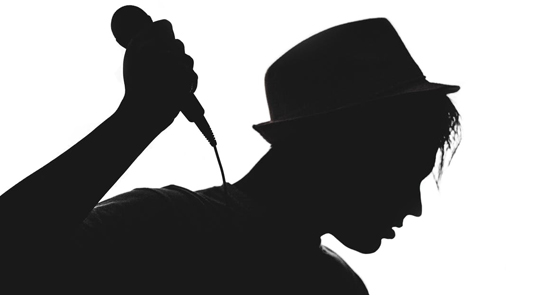 The Exeter Haiku Slam is the poetry slam with a difference  poets only have three lines to impress! Participants can sign up on the evening for the chance to win the audience choice award as well as a trophy and cash prize for the winner, sponsored by Exeter College.

There will also be a showcase of some of the citys top spoken word performers, including Taking the Mics Tim King, and the current Bard of Exeter, Kimwei.

Rob Casey is a stand-up poet, writer and performer. He was the Bard of Exeter in 2016/17 and was commissioned by the BBC to produce a poem for Devon on National Poetry Day. He is also the current Bard of Exeter City FC, the clubs poet in residence, and is part of the comedy/poetry band, The Least Worst Candidates.

He lectures at Exeter College and is Programme Manager for the Foundation Degree in Creative and Professional Writing, as well as being a regular event organiser and host with Apples and Snakes and the Apothecary spoken word night in Bridport.