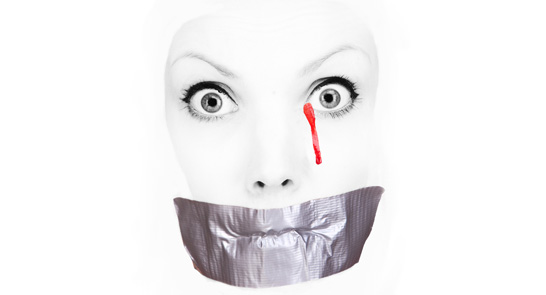 EAT brings you three short plays that explore the darker side of the human condition. Two are by a true forgotten hero of British Grand Guignol, Frederick Witney. The naturalistic viciousness which Witney injected into his writing resulted in Coals Of Fire being banned outright when submitted for a licence for the 1920’s London Grand Guignol.A blind woman warms herself by a fire whilst as a younger woman confesses that she is having an affair with her husband, with dire consequences!

The Last Kiss is Witney’s darker, and altogether nastier, adaptation of a Maurice Level short story.He is blind & badly scarred following an acid attack by his jealous lover some months earlier. She, having been prosecuted for the attack, pays him a visit three days after her release

La Morte De L’Amour (The Death of Love) is a brand new Grand Guignol play.Three people find themselves in a room bound to chairs. The husband has fifteen minutes to decide who dies: his wife or his lover…

Expect 60 minutes of pure unadulterated terror as EAT take audiences on a macabre journey deep into the darker side of the human psyche with their fourth Grand Guignol production and their most challenging to date.