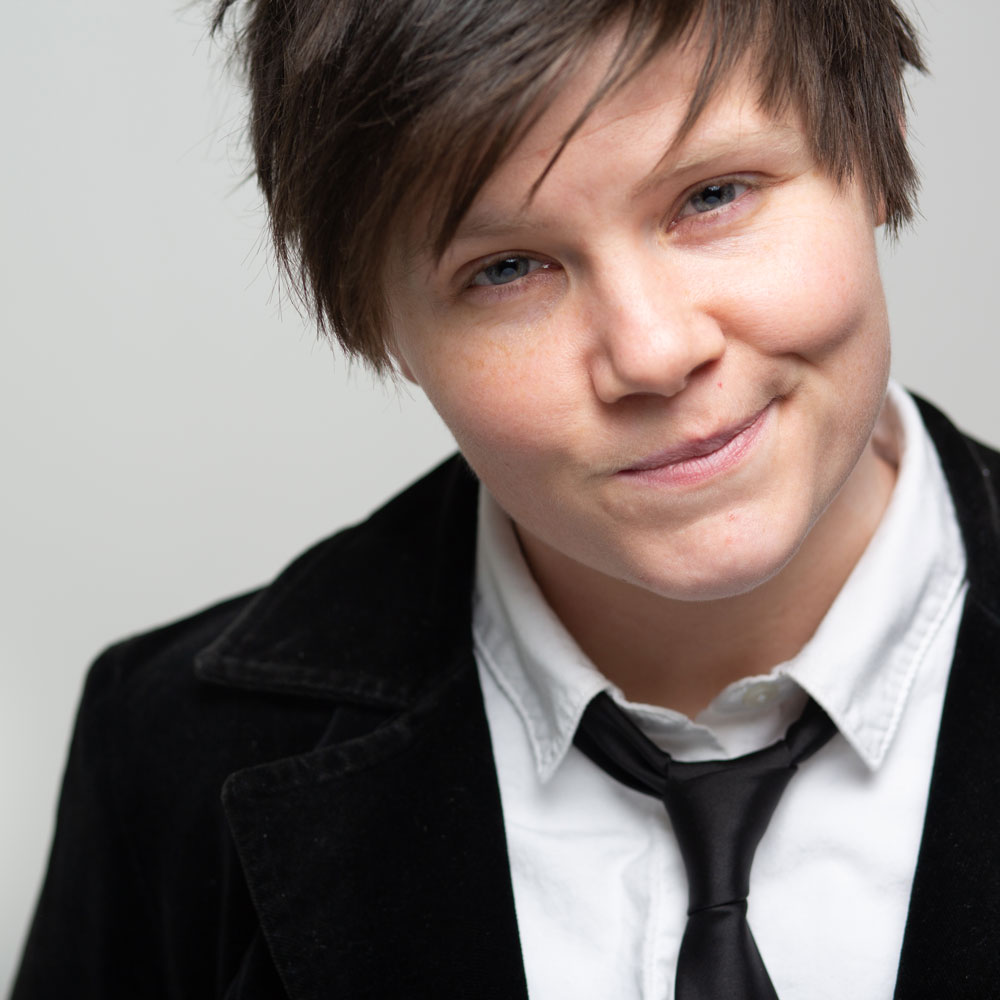 This event was scheduled for 1 Mar 2021 but has been rescheduled to Mon 11 Oct 2021 due to COVID-19. Tickets bought for the original date remain valid, and our box office will be in touch with ticket holders in due course.

A talented lyricist and an electrifying live performer; Grace can take the most hostile room, and by the end of the night, they will be singing along with every word.

Hailing from Leicester, UK, Grace has been writing, recording and touring relentlessly for over ten years. Her unique takes on life, love and politics, and the warmth and wit with which they are delivered, have won over audiences across the folk, alternative, LGBTQ+, political and comedy scenes and beyond.

She’s toured to arenas with Frank Turner, supported comedians Robin Ince, Josie Long and Hannah Gadsby, and has done a prestigious live session on the BBC Radio 2 Jo Whiley Show. Her frequent festival appearances have included Latitude and Cambridge Folk Festival and in 2019 she played to a packed The Acoustic Stage at Glastonbury Festival followed by sold out dates across her October 2019 tour.

Her current album, Queer As Folk, was released in Sept 2018 and was a Mojo magazine top 10 Folk Album of the Year.

‘She’s an effervescent charm-bomb of a performer, even alone with an acoustic guitar. ‘We’re getting stand-up and music’, a woman next to me said.’
THE NEW YORKER