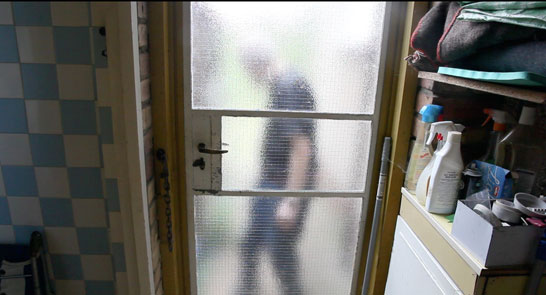 Join us for this special event launching the 2015 Exeter Phoenix Artists’ Moving Image Commission. Benjamin A Owen will transform the building, producing a live soundtrack to a new body of film works shown here for the first time.

Benjamin A Owen is a filmmaker whose work explores politics as it is played out in the everyday and in the commonplace. Although often working in the form of film, his practice encompasses exhibition making, performing music and working in education. Owens process is highly collaborative, and he often works with musical performances as a form.

Goldfinch is a work that draws deeply on the artists interest in the laymans relationship to politics, landscape, participation and performance. The film takes as its subjects an 84-year-old jazz musician named Dave Collett and a community of ladies that gather at the Carterton Womens Institute, creating a double portrait rooted in the landscapes of suburban England.

The film uses live-recorded sound to create striking juxtapositions with documentary footage, suggesting a re-imagining of political energy within these landscapes. The presence of musician Dave Collett stands in contrast to the pragmatism of the women in Carterton.

A former RAF service man, Dave lives alone, and despite having Parkinsons disease, when he plays music, he fully regains control of his body and his movements. Younger musicians improvise with Dave, cramming into his living room, kitchen and basement to construct a soundtrack that reframes the documentary elements of the film.

Owens practice aims to expand the idea of cinema  creating environments where film and performance may coexist. On the occasion of the launch of Goldfinch, he has commissioned performers to produce a musical counterpoint in the form of a live soundtrack and installation that activates the building and accompanies the first presentation of the film.

The event is accompanied by a small publication, which includes Charms, a narrative response to the commission by artist and writer Kit Poulson, available for £1.50 from Exeter Phoenix.