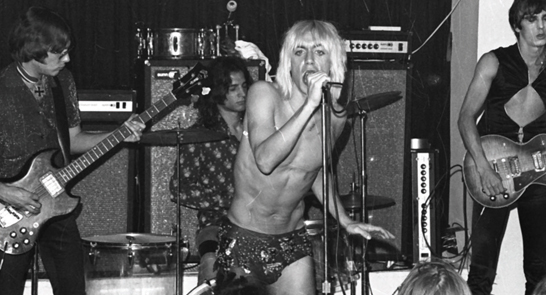 Jim Jarmuschs new documentary chronicles the story of one of the greatest rock-n-roll bands of all time – recounting the history of Iggy Pop and The Stooges, who burst out of Michigan in the late 60s with a savage and endlessly influential fusion of rock, blues, R&B, and free jazz. Assaulting audiences with their powerful and aggressive style, the band planted the seeds for what would be called punk and alternative rock in the decades that followed.

This documentary needs to be embraced on the big screen with a full audio effect to match, offering optimum raw power experience.

A terrific, terrifying blast of unwholesome rocknroll excitement
THE GUARDIAN