Under 16s allowed with a responsible adult aged 18+ 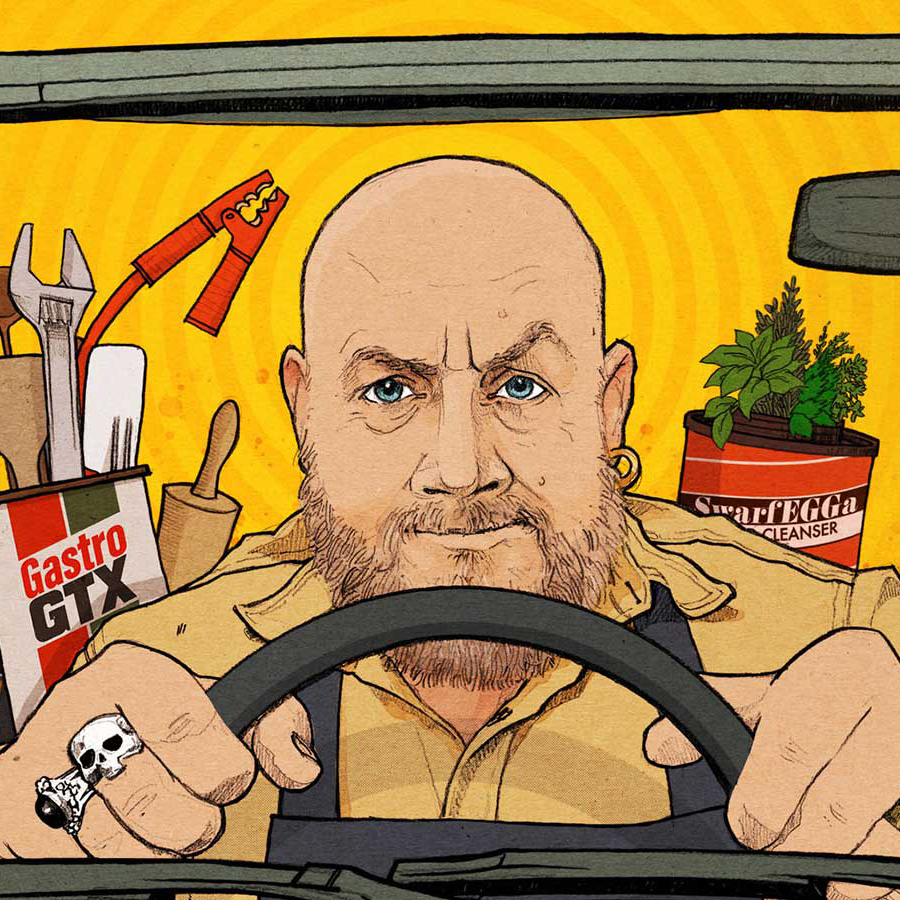 This event was originally scheduled for Thu 2 Jul 2020 but has been rescheduled to Thu 29 Apr 2021 due to COVID-19. Tickets bought for the original date remain valid.

Direct from the Edinburgh Fringe 2019 comes a brand new comedy-and-cooking show for 2020 from the award-winning stand-up who makes real gourmet food live on stage.

In his first show, Anarchist Cook, George made a meal in a hotel room with the complimentary appliances. In his second, DIY Chef, he was stuck in a shed cooking with tools. In this show he’s on the road! It’s time for Planes, Trains and Automob-meals (sorry).

During an evening of live cooking and laugh-out-loud comedy about making food on the move George demonstrates ways to procure items from the train buffet trolley, beat the rip-off restaurant prices at the airport and even shows you how to turn unexpected road-works into a picnic. It’s cheeky, anarchic and creative, a multi-sensory show rich in humour and sprinkled with handy hacks. Real gourmet food cooked live in the most unconventional ways and with the opportunity to taste the results at the end, provided you can stop laughing.

‘A culinary Bill Bailey, with chopping boards instead of keyboards. It is a multi-sensory delight’
THE SCOTSMAN

‘There is a mischievousness about Egg’s humour that is deeply loveable’
GRACE DENT, THE GUARDIAN

‘The wonderfully talented George Egg is genuinely unique’
THE INDEPENDENT

‘A genius – he is the friendly face of anarchy, the anarchic face of food and the foodie face of comedy’
SCOTLAND ON SUNDAY

‘A hilarious show with surprisingly good food’
THE TIMES