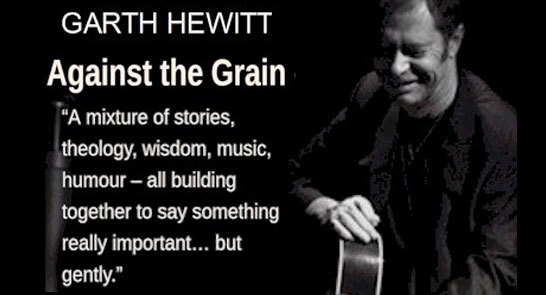 In Garth’s Songs – and in telling the stories of people he has met in areas of poverty, conflict and disaster – he wants to inspire people to challenge unjust structures in society in whatever way we can. An evening with Garth is always thought provoking and challenging and also great fun.

Garth was a director of the Greenbelt Festival. It was particularly through his influence that Greenbelt became an Arts Festival with a commitment to social justice.