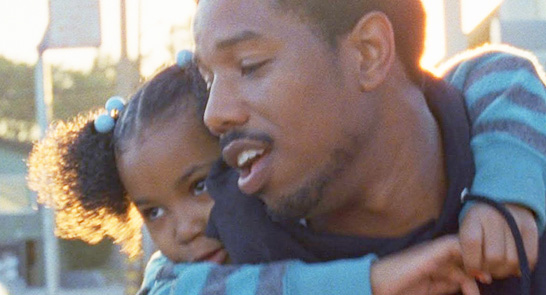 Included in the prestigious Un Certain Regard section of the official selection at Cannes and winner of the Grand Jury Prize at Sundance 201, Fruitvale Station, based on a true story, recounts the last twelve hours of the day in the life of young 22-year-old San Francisco Bay Area resident Oscar Grant.

Moments after New Years Day 2009, he was shot by a policeman at the Fruitvale train station after an altercation. The policeman, whose actions were captured on numerous mobile phone videos, claimed he mistook his gun for his taser; he eventually went to prison but the damage was done and Grant (father of a four-year-old girl) died the next morning.

His death led to local protests and a national discussion but the specifics of the life lost were largely ignored. An impressive debut feature by writer/director Ryan Coogler, who together with newcomer lead Michael B Jordan who takes on the role of Oscar with restraint and pathos, delivers a drama of emotional political weight.
Director Ryan Coogler makes an extraordinary directorial debut, skillfully realising this devastating story and presenting a captivating slice-of-life of an African-American man. Fruitvale offers a barometer reading on the state of humanity in American society today.