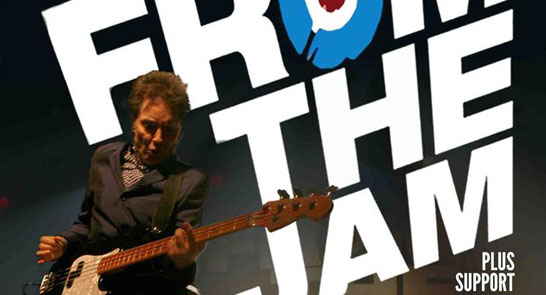 From The Jams January & February tours have been postponed as Bruce Foxton has broken his hand. The rescheduled date is Sun 13 May.

From The Jam have gained a reputation for the kind of incendiary performances that sealed the reputation of The Jam all those years ago.

In 1982 The Jam released their last studio album, The Gift. Often cited as one of the band’s finest albums, The Gift featured singles Town Called Malice, Just Who Is The 5 O’Clock Hero and Precious. From the Jam will perform a selection of songs from The Gift album as well asclassic hits and albums tracks following the The Gift album.