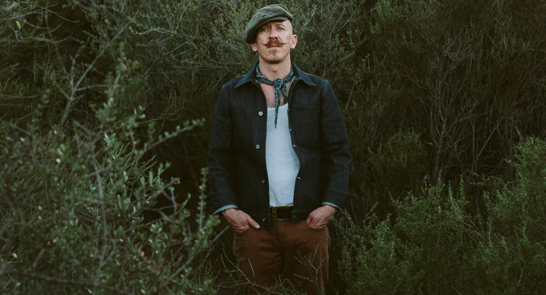 Foy Vance knows how to write a song. Its a naturally-born but dedicatedly-finessed skill that has led him to collaborate with artists as diverse as Plan B, Sheryl Crow and Rudimental, synced his music on multiple TV shows ranging from Greys Anatomy to the finale of Sons Of Anarchy, and caught the ears of some of the biggest players (in every sense) in music, from Elton John to Ed Sheeran.

Vance co-wrote Tenerife Sea and Afire Love from 2014s multi-million-selling X, and he wrote Make It Rain, which Sheeran sang over the final episode of cult biker drama Sons Of Anarchy.

Now, with the impassioned, rootsy, rousing The Wild Swan  an album that makes nods to, and takes cues from, proper heroes ranging from Noam Chomsky to Ziggy Stardust to WB Yeats  the pairs relationship moves to another level. Sheeran has signed Vance to Gingerbread Man Records, the label he launched in 2015 with Jamie Lawson and his self-titled, chart-topping debut album.

Ryan McMullans talent is a rare jewel in the crown of the current popular music scene. With a voice raw with story telling and filled with rich and varied tones, Ryans youth clearly doesn’t deter from his ability to communicate story and emotion. Hailing from Portaferry, a small seaside town in Northern Ireland, the 25 year old is a fresh new talent on the singer/songwriter scene. With a voice reminiscent of Paolo Nutini and early Tom Waits, Ryan has been putting in the necessary graft in local pubs for a number of years. With hugely successful recent support shows with Foy Vance and American alt-country rockers NEEDTOBREATHE, Ryan is fast gaining a reputation as an exciting talent. His debut EP

‘One of the most exciting artists to come out of Northern Ireland, voice of an angel’
Gary Lightbody