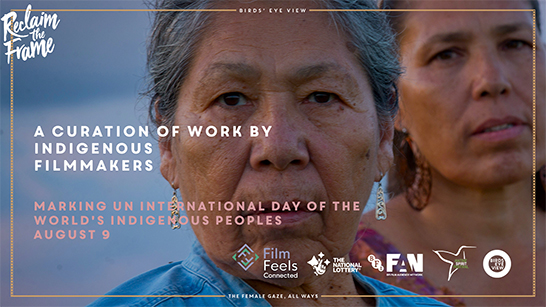 Exeter Phoenix may be temporarily closed, but were not going to let that get in the way of bringing arts and culture to Exeter. Welcome to Front Room Phoenix  our way of beaming online creative activity straight to your sofa! We have teamed up with Reclaim The Frame to bring you an exciting film event.

On UNs International Day of the Worlds Indigenous Peoples, join Dr. Stephanie Pratt (Dakota Nation) for an all Indigenous female filmmaker panel where theyll be discussing their work and more:

This event is part of Film Feels Connected, a UK-wide cinema season, supported by the National Lottery and BFI Film Audience Network. Explore all films and events at filmfeels.co.uk.

The event will be streamed live to Facebook Live & YouTube, and will available at these thinks thereafter:

Tweed, director of Native Spirit Film Festival, the first and only festival in the UK to be dedicated to Indigenous cinema arts has curated a list of films, from Indigenous female filmmakers from the US and Canada. See the selected films here (all available to watch in the UK for free or On Demand).