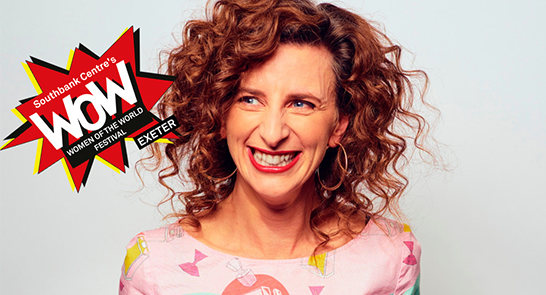 Edinburgh Comedy Award Best Show Nominee 2018 and regular co-host of The Guilty Feminist Podcast, Felicity Ward, will bring her latest show, Busting A Nut, to the Exeter Phoenix Auditorium on Saturday 13th October as part of the WOW (Women of the World) Festival.

‘????? The strongest single hour of solid jokes the best gags gag after gag after gag, in a rolling, ballsy, crazy show’
SUNDAY TIMES

‘????? Wards charisma is too powerful, her smile too infectious If there is such a thing as an Audrey Hepburn of stand up comedy, I name her Felicity Ward’
ED FEST MAG