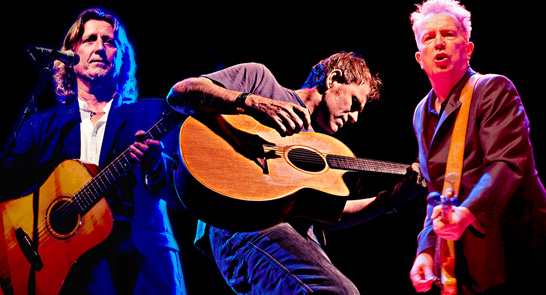 A sell out-tour and live album soon followed. Now fifteen years later the guys have decided to get together once again. They have a headline set at the Shrewsbury Folk Festival in late August and their only other reunion gig will be here at Exeter Phoenix.

Don’t miss this chance to come along and enjoy three master craftsmen at the height of their performing and songwriting powers.