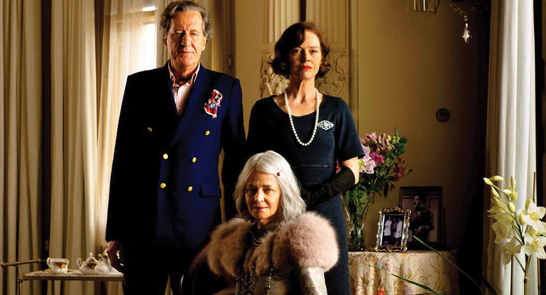 In the Sydney suburb of Centennial Park, two nurses, a housekeeper and a solicitor attend to Elizabeth Hunter as her expatriate son (Geoffrey Rush) and daughter convene at her deathbed. But in dying, as in living, Mrs Hunter remains a powerful force on those who surround her. As her children attempt to reconcile with her, they are reduced? from worldly sophistication to? floundering adolescence. They? unite in a common goal – to leave ?Australia with their vast inheritance.

Judy Davis and Charlotte Rampling are formidable in this carefully faithful adaptation of Patrick Whites most garlanded novel.
EVENING STANDARD