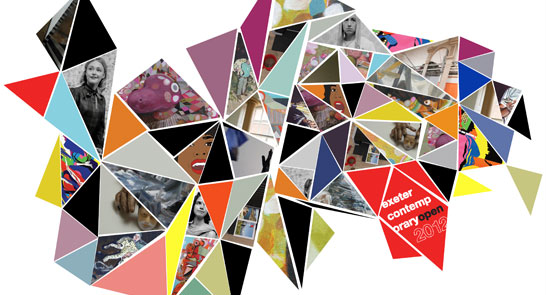 Matt Burrows, curator at Exeter Phoenix said:? ‘It was great to see the fruition of a process that has seen work submitted by artists from across the UK and as far away as America, Ireland and Spain. The nine selected artists were chosen from hundreds of entries for the quality of their work, and any of them could have been winners. We were particularly taken, however with Olivier’s beautiful handling of paint and intriguing subject matter.’

Two Additional Awards of £500 were made to South West based artist Chloe Brooks for her site specific sculptural installations and Irish video artist Anita Delaney. A further Audience Chioice award, sponsored by Exeter Natural Health Centre and voted for by visitors to the gallery, will be announced on the 22nd October

Now in its seventh year, the award is one of the highlights of the South Wests arts calendar. Sponsored by Haines Watts Chartered Accountants, it provides an important national platform for contemporary visual artists. Ben de Cruz, Managing Partner of the firm said:??The exhibition this year is quite amazing and the overall quality of the work continues to grow. Exeter Contemporary Open has become a major art event in the area and we are delighted to continue to be involved in supporting the arts in the South West.

Visitors to the exhibition can cast their vote for the Audience Choice Award, sponsored by Exeter Natural Health Centre, which will be announced on 22 October 2012.

A family friendly tour of the exhibition with an opportunity to ask questions and join in with an activity.

Over the last seven years, this exhibition has been a chance to see work by some of the most talented emerging artists, selected from hundreds of entries from across the UK and beyond. Last years exhibition included fifteen artists with a breadth of disciplines spanning painting, sculpture, print, photography, video and performance/live art works.