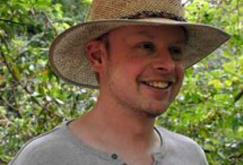 Described as the UK’s hottest new crime writer, Eva Dolan will talk about her latest book Tell No Tales (2015), the second in the series featuring DS Ferriera and DI Zigic.

Eva was shortlisted  for the the Crime Writer’s Asociation Dagger for unpublished authors when she was just a teenager, and her crime debut Long Way Home (2014) received massive critical acclaim. The series has been optioned by ITV.