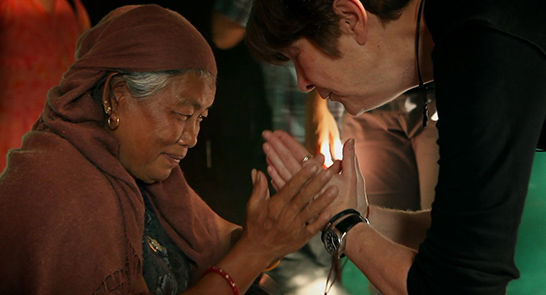 This screening does not feature adverts, the film will start promptly at the advertised time.

With a nod to the centenary of the suffragette movement all leading roles are played by D/deaf women and includes the latest winner of the Encounters Deaf Shorts Showcase award  To Know Him by Ted Evans.

Anna, a deaf young woman, lives with her grandmother in a campground. While the latter must be hospitalized, Anna finds herself alone and becomes an easy prey

A young girl comes to live on a boat, she communicates with the people  and the gerbil  who inhabit this world via notes, gesture and dance.

A deafblind Danish woman travels to Nepal to meet a woman with the same condition in the hopes of communicating and engaging in a cultural exchange.

To lay the man she loves to rest a deaf woman must overcome a barrier far greater than language.