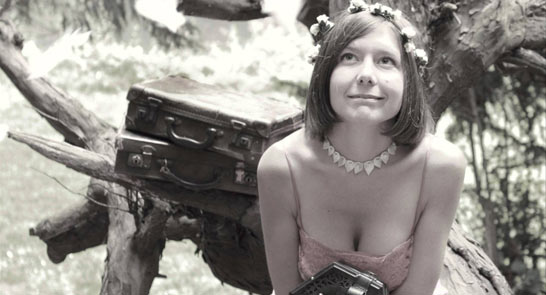 Emily Portman is a singer, writer and concertina player originating from Glastonbury and hailed one of the new British folk scenes most beguiling presences (Uncut).

Her BBC Folk award-winning album Hatchling is described as Marvelous (The Observer) Eerily magnificent (fROOTS) and One of the years most distinctive folk releases (Songlines).

With her debut album The Glamoury also gaining her two BBC Folk Award nominations, Emily is fast gaining a reputation for her remarkable and original songwriting (The Observer). Not only has her music propelled Emily onto the front cover of FRoots, she has received widespread international radio-play and tours the UK extensively, recently supporting The Be Good Tanyas in a sell-out tour culminating at Londons Barbican. Inspired by the darker underbelly of folklore and balladry, Emily weaves harmony-rich narratives alongside Lucy Farrell (viola) and Rachel Newton (harp).