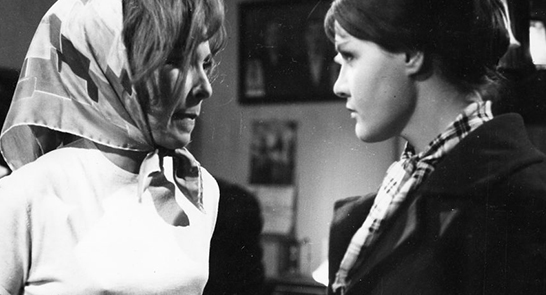 Subtitled by U of Exeter MA students  part of Sally Faulkner and Will Higbees Subtitling World Cinema project.

Two sisters, with an extreme case of sibling rivalry, each try to find success, love and status in 1960s Madrid. This melodrama is a powerful critique of Spain’s political system at the time of its release, the Franco dictatorship and its portrayal of moral misery explores female suffering and voice with a rarely seen portrait of life in Madrid. Exploring abortion, prostitution, gambling, envy, hate, resentment, deceit, and above all the terrible plight of women in such a society it is an early example of Spanish feminist cinema and a true forgotten masterpiece.