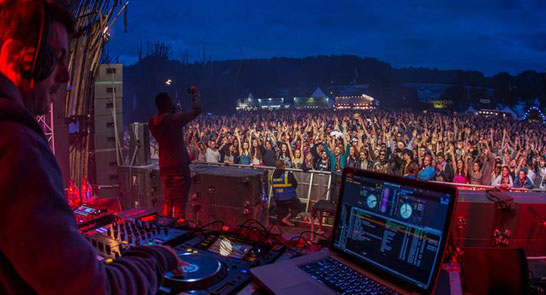 Kicking off the summer in style with two of the biggest names in the business!

Ed Solo has been smashing it in the drum and bass, dubstep and breaks scenes for the last 20 years. His 2007 album with Skool of Thought – Random Acts of Kindness – will live on forever. Strangely enough for an artist named Ed Solo, this prolific producer used to be best known for his collaborations with other artists: Deekline, Krafty Kuts, Skool of Thought, Darrison and drum ‘n’ bass legend Brockie. Having just returned from a spectacularly successful tour of Canada, Ed is ready to take things to the next level. Hold tight for some serious dancefloor mayhem in your area.

Heavily inspired by the bass lines of Dub music, Ragga, Jungle and Hip-Hop a Benny Page production does not go unheard. He has played a definitive role in shaping the sounds of the UKs drum and bass movement. His name has become synonymous with tight production, heavyweight dance-floor tracks and clinical mixing skills. Storming onto the scene with his 2006 anthem Turn Down The Lights he has gone on to release a slew of seminal ragga jungle cuts, as well as numerous well received productions across the dance music spectrum.