'+ Skata Tones + After Party In The Bar 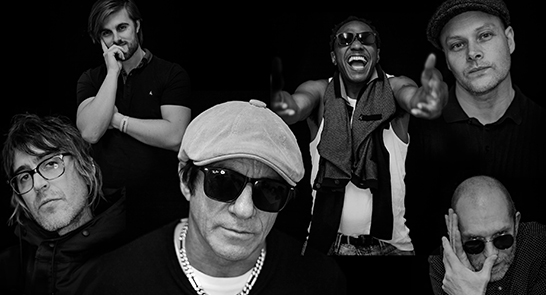 + After Party with DJs in the bar

2019 is going to be off the chain for the Dub Pistols. With a new album (Addict) slated for release later in the year, a documentary and even their own festival, Barry Ashworths merry gang of outlaw reprobates are simply unstoppable.

The Specials and the 2-Tone movement brilliantly reflected the multi-racial nature of the UKs inner cities back in the day. The Dub Pistols are like a 21st century equivalent  a riotous collision of drum & bass, hip-hop, ska, dub and punk. One of the most exhilarating live bands on the circuit, these festival favourites have survived international terrorism, inter-band warfare and the wheels falling off their operation numerous times. Now a slickly drilled outfit, theyve nevertheless lost none of their kick-ass vitality and renegade edge wherever they rock up to play.

Dubbed the hardest working man in showbiz by music industry peers, Barry has worked in music all his adult life. An Ibiza original who had his life changed by acid house, he started running club-nights in London and had soon formed a band, Deja Vu, who arrived during the Flowered Up/Happy Mondays baggy era.

When Deja Vu split, Barry started DJing  badly, at first  and the Dub Pistols formed out of some of these madcap DJ sessions. The last two subsequent decades have been a riot of storming shows, missed opportunities, big bad basslines, calamities and triumphs  with scarcely a dull moment.