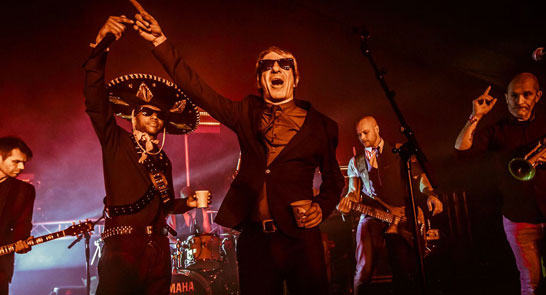 They’re back! The Pistoleros are riding into town’

Over an 18-year career the Dub Pistols have worked with heroes like The Specials, Busta Rhymes, Horace Andy, Madness and Gregory Isaacs. Theyve burned through different members and hundreds of thousands of pounds on assorted capers and hedonism, and done  in the words of dapper frontman and prime mover Barry Ashworth, a ducking, diving South London graduate of the Summer of Love generation who started a band because he loved Happy Mondays and never looked back.

Although they’ve never really been away. Barry Ashworth’s evergreen bunch of dubwise vagabonds have been rocking practically every festival in existence this summer, They have been busy writing new songs and you will be hearing a few of them on the night before the album gets released in the spring of 2017.