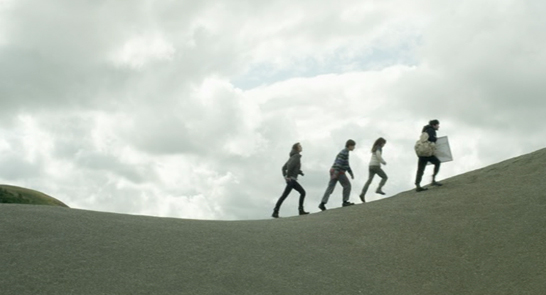 Produced by Scenario Films and Nominated for Best Feature at the Moscow International Film Festival 2013, DELIGHT is the second in a trilogy of feature films by Gareth Jones exploring the connections between creativity and libido. Having probed the terrors of writers block in DESIRE, Jones turns his attention to another creative impasse: the human cost of journalistic reportage.

Starring Jeanne Balibar (Va Savoir, The Duchess of Langeais, Ne Change Rien, At Ellen’s Age) in her first leading role in a British film, Tim Dutton (The Rendezvous, The Bourne Identity, Tom and Viv) and introducing Gavin Fowler (RSC/RADA/Commendation, Ian Charleson Awards 2014), DELIGHT tells the story of a female war photographer who comes to terms with her buried trauma through a relationship with the son of a former lover and comrade-in-arms.

Building on the intimate, intense style established in his previous film DESIRE (2009), Jones now broadens his canvas to look at the human cost of war reportage and the interplay between landscape, memory and truth-telling.

Jones says: ‘DELIGHT is a war film without violence, about scars hardening on the inside. The journalist as hero – or antihero – is a trope of our times; I wanted to push that theme, to see how cinema could address the price of bearing witness, particularly for an audience steeped in visual consumption, for whom suffering can easily become unconscious entertainment.’

Jones’ story was partly inspired by the experience of his war correspondent father Ivor Jones, who retired to the village where the production was based, but for whom inner peace was always elusive. “DELIGHT probes the business of observing and recording, the creation of memory through photography and art. Naturally we praise the correspondents and photographers who bring us evidence of distant conflicts, but rarely do we ask what it costs them all their lives. Nor what they have shared in and may yet pay for. At what point does observing become collusion?

Shot by DESIRE Director of Photography Alex Ryle on the Red Scarlet at rural locations near to Jones’ own Welsh home, DELIGHT performed the logistical somersault of mounting a major international feature film in a remote and unspoilt corner of Wales with a majority local crew and cast.