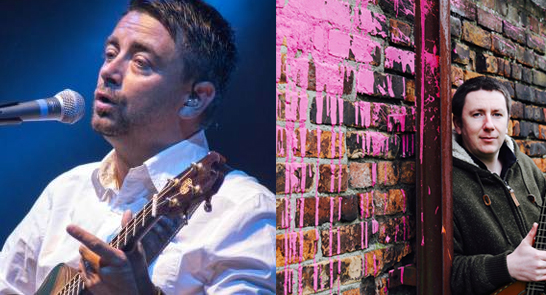 This double headliner gig brings two Irish musicians at the top of their game to Exeter.

Damien O’Kane is a Northern Irish musician of many talents and a BBC Radio 2 Folk Award nomination to boot. Teamed up with master guitarist Steven Byrnes (Treacherous Orchestra / Kate Rusby) and Steven Iveson’s sublime and exhilarating electric guitar playing, this is a trio that take traditional Irish music and song and, in the words of The Telegraph, turn it into ‘Folk-Pop that is Irish music for the 21st century’.

Daoirí Farrell has been nominated for: