Conversation with Dean Puckett + The Sermon (2018) 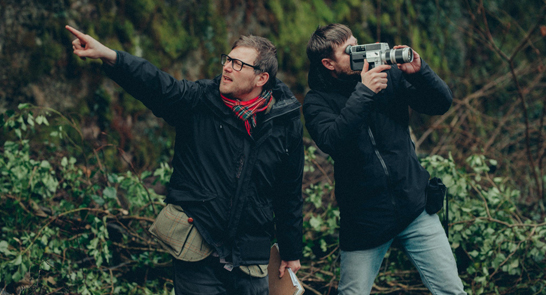 Conversation with Dean Puckett + The Sermon (2018)

Filmmaker in Conversation with Dean Puckett + Screening of The Sermon (2018)

Plymouth based Writer/Director, Dean Puckett, will be screening his latest short film The Sermon. After which hell be joined by BFI.NETWORK South West Talent Executive, Alice Cabanas, to talk about his journey as a Writer/Director, including his progression through Creative England funding schemes.

In an isolated church community in the English countryside, a powerful hate preacher prepares to deliver a sermon to his flock, but his daughter has a secret that could destroy them all.

Dean Puckett is a writer/director from London, based in Plymouth. For ten years he took a Gonzo approach to documentary filmmaking, often living with and immersing himself in his subjects. From his adaptation of Dr. Nafeez Mohammed’s book The Crisis of Civilization, through to his three ethnographic documentaries, Grasp the Nettle, Honey at the Top and The AutistiX (The Guardian). He has shown a passion for telling gripping stories about people living on the edge of mainstream society.

In 2015, with backing from Creative England and the BFI, he made the move into fiction with an award-winning short film called Circles and then most recently, The Sermon, a rural set folk-horror dealing with sexuality faith and oppression which had its world premiere at BFI-Flare and has screened at Overlook film festival, Palm Springs short-fest and many more. In addition to this, he recently directed a Straight8 film called Satans Bite, which was shot on one roll of super8 film with no editing and selected to world premiere at the Cannes film festival.

He has a production company called Grasp the Nettle with Producer Rebecca Wolff.

This session is run in partnership with the Filmmakers Lab, a new membership-based filmmaking talent development initiative, dedicated to providing networking and skill building opportunities for filmmakers in Devon and further afield across the South West. Membership is open to all, but targeted at early-career filmmakers, who have an aspiration to develop themselves further. Providing a platform for creative exploration and collaboration within the local film industry.

The group holds monthly social meet-up sessions at Exeter Phoenix, the multi-arts venue in the heart of Devon. We offer a regular programme of creative workshops, guest speakers, masterclasses and film screenings for members to expand their knowledge and practice. There are also opportunities for members to discuss and explore ideas around their current filmmaking project in a constructively supportive environment.